Most Viewed This Week

Courage has a Connection with God

Year after year, even the governments that do not think about the welfare of the people start talking about public interest as soon as the elections are near. Such rules and policies are brought to the fore through the media as if they are concerned about the development of the country. Something similar is going on nowadays in our country. The Population Bill in Uttar Pradesh – two children policy, by Chief Minister Adityanath Yogi Ji, is making headlines in the media. Is this something different than that of an election stunt?

Preparations for Elections in Uttar Pradesh

It is not surprising that the assembly elections in Uttar Pradesh are very near, that is, the 2022 Legislative Assembly elections are about to make their knock, due to which political parties are busy preparing for the election. Well, this is not the first time that such things are happening in the state with the largest Lok Sabha seats in the country. If there is an election ahead, a matter like Population Bill in Uttar Pradesh is no wonder for any political parties.

By this point, I do not mean that I am against population control, but like me, how many such questions must be arising in the mind that why are the governments oblivious to the needs of the people after all? Why is everyone ignored in a disaster? Why are people often sentenced to jail when they have to raise their voices for their needs and conveniences? Even then one can think of life and welfare, isn’t it? There was a chance for the government to win people’s favor, and if they would have managed to do so, an election stunt was not required.

Disaster During The Pandemic

The country saw the disaster during the pandemic in which thousands and millions of people died due to the lack of beds and oxygen cylinders in hospitals, especially in UP. Is it not true that even at that time the government had a better chance when it could think of life and welfare. People were not even getting beds in hospitals, hundreds of cylinders were being bought for thousands, thousands of medicines were being bought for lakhs. Then the governments were as if sleeping soundly.

Let’s see what’s are people’s reactions to the population bill in Uttar Pradesh. One of the staunch oppositions party of BJP, MIM’S president Asaduddin Owaisi has to say the following:

What do you think about the Population Bill in Uttar Pradesh? Is the bill a public interest or an election stunt before the 2022 assembly election? 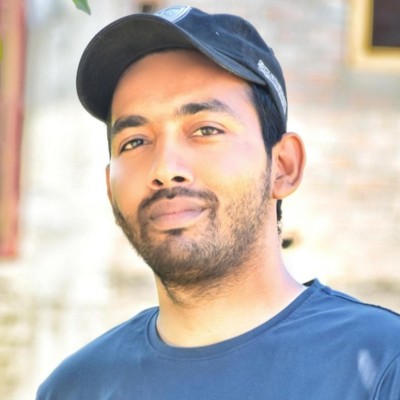 I am a professional blogger and an English Language Trainer. Currently, I am guiding students who are preparing for IELTS General Training and Academic exams through englishperiod.com. With a 7.5 score myself, I train and provide test takers with strategies, tips, and nuances on how to crack the IELTS exam. Besides, being passionate about writing I am writing articles and blog posts on a daily basis across different categories at www.akramkhan.xyx
akramkhan.ra@gmail.com
https://englishperiod.com

There are many variations of dummy passages of Lorem Ipsum a available, but the majority have suffered that is alteration in some that form injected humour or randomised.

Is he jealous of others? What’s wrong with Shoaib Akhtar? These questions have a point as he took a dig at the youngster, Shaheen Afridi after one of the matches in Eng vs Pak by saying the following in his statement: Take at least five wickets before these hugs and kisses – Shoaib Akhtar This […]

Babar Azam – A Threat to many Greats

Population Bill in Uttar Pradesh – is this an Election Stunt?